Born in Varallo at the foot of Monte Rosa near Milan, Italy, she is both Swiss and Italian.

As the Piedmont region designates an artistic heritage composed of an impressive number of masterpieces accumulated over centuries, her country of origin is an advantage and serves as a great inspiration since her youngest age.

Later, when Monica arrived to Switzerland, she joined the School of Fine Arts of Valais and then pursued a Master’s degree at the Academy of Fine Arts in Florence. Monica works in several media.

She has exhibited in multiple galleries in Switzerland and Europe and has participated in various official competitions. Her works are part of private collections in Europe and the USA. Monica has lived and worked in Geneva since 1985 and runs successfully her own art school.

Her work is an intense research on light and vibrations. What she seeks to express are those impalpable sensations that everyday life is full of. This is why Monica’s painting is evocative rather than descriptive, a mixture of dreams and reality that aims to bring the same emotions that she has experienced in first person and that are at the origin of the creative act.

Her painting inspires elegance and embodies an ideal of beauty through clarity, harmony and

“Life is the art of cultivating beauty

Lives and works in Florence

Luca Mommarelli was born in 1964 in S.Spirito, a Florentine neighborhood well known for its artisans. It was by visiting their stores that he learned the most varied techniques and took his first steps in the world of art. Luca has made it clear from the beginning that his natural way of expressing himself is through woodcarving.

Luca studied in Florence and works mainly in wood.

The first prizes came to him thanks to the Splinters-Sculptures, characters of the Flemish call whose main characteristics are an intense and vivid expressiveness. The interventions on wood, apart from a careful cleaning, are rather minimal, aiming to emphasize the movement and the natural twists, the play of the veins, the color or the light reflections on a certain surface.

But a tireless curiosity leads him to a continuous evolution and since recent years his interest and his searches they concentrate on a sphere of more intimate existence. In the recent sculptures, the interventions on the material have been made more decisive: engraving and shaping the wood, Luca digs in the interiority of the man, made of wounds and scars but also of

strength, inexhaustible capacity to regenerate and disarm beauty. His works are a tribute to life in continuous evolution, they are born of emotion and want to transmit and arouse emotion.

His sculptures are a sensation in the most prestigious Italian decoration magazines such as Living next to the works of Maurizio Cattelan. 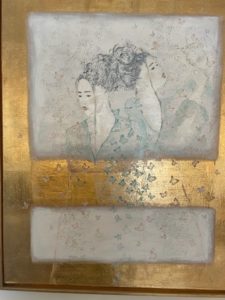 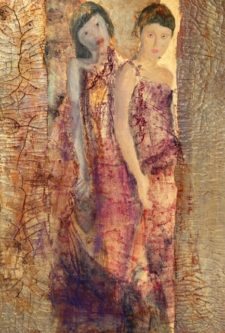 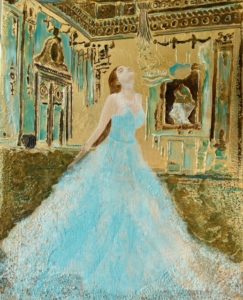 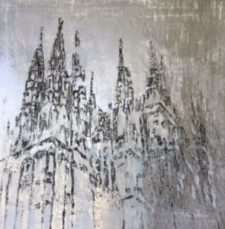 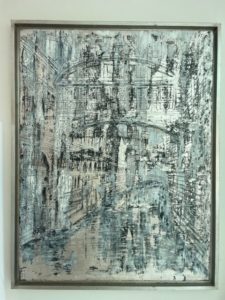 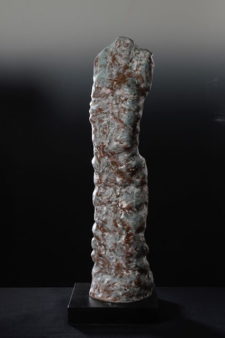 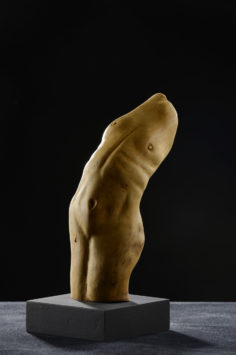 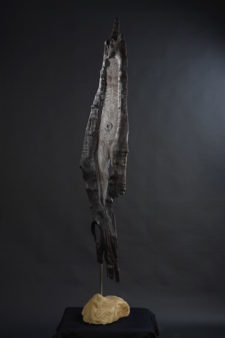 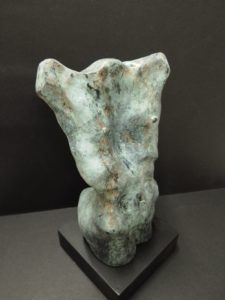 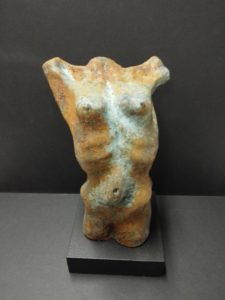 Orphan with a difficult youth, in 1961, a capital meeting with the famous artist-painter Georges Mathieu will change his life and inspire his painting.

He opened his studio in 1967 in Vésenaz, from which one could not leave without having met all the Geneva jet-set there and in this crazy era of the “Petit-bar” where all the “luxury idlers” according to his own expression, were going to redo the world in front of a glass. He will participate in numerous collective or personal exhibitions in several European countries such as France, Portugal but also in China and of course in Switzerland.

His works are part of the collections of the French State and have been exhibited in Beaubourg (Centre Georges Pompidou). Famous personalities, such as Charles Aznavour, Petula Clark, a few crowned heads and many others stopped by his studio to discover and acquire his paintings.

His sober and personal painting is a bridge between several cultures following his many trips around the world and especially in China. He is inspired by Calder, Miro and the dripping technique of Georges Mathieu to whom he has great admiration. Through lyrical abstraction Matis expresses his truth: “Art is only a modest and ephemeral testimony of humanity”.

Miglena Savova Auclair was born in 1965 in Bulgaria. She holds a postgraduate degree from Ecole Supérieure des Beaux-Arts, Geneva, and a Master of Arts degree from the Fine Art Department of Veliko Turnovo University. She lives and works in Geneva, Switzerland since 2003.

Savova-Auclair works with diverse media, such as painting, collage, photography, printmaking, and sculpture. She had a number of solo exhibitions in Germany, France, Italy, Switzerland and Bulgaria and her works are in the collections of the Museum of Collage of Mexico City, Museum Artcolle in France, Copeland Collection in New Zealand, as well as in a number of private collections in Europe and USA. In 2009 Savova Auclair was awarded the Artcolle prize of the 16th exhibition of contemporary collage in Paris. 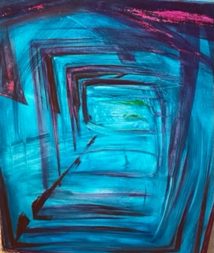 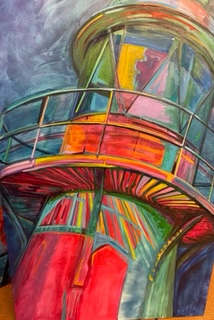 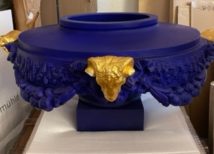 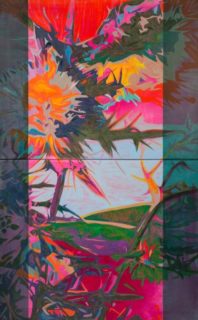 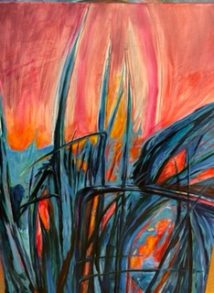